The cuisine is delicious (cont.)

Their sumptuous desserts were satisfying ends to every meal. From refreshing sutlac (rice pudding) to syrupy baklava, from cheesey kunefeh to the strange kazandibi (chicken breast dessert), there are more than enough options to sample. No visit to Istanbul would be complete without sampling the varieties of lokum on sale at every bazaar. Known the world over as Turkish delight, there are versions made with sugar, honey, and even some that are diabetic-friendly. Don’t forget to enjoy local drinks, from freshly squeezed orange and pomegranate juice and refreshing ayran, to delicate cups of tea and aromatic coffee; Turkey really does have it all! 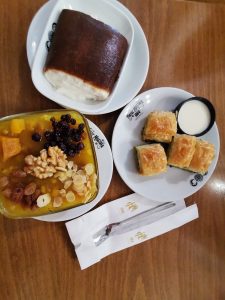 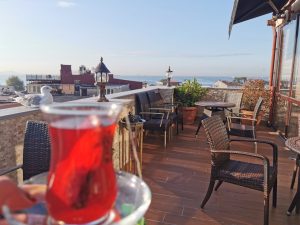 They are crazy about football

Sports have a way of bringing raw emotions to the fore, and we were lucky to experience a live football match in Istanbul. The atmosphere was electric, and the hype started long before we reached the stadium. We bought tickets to watch Galatasaray play against Kasimpasa at the Turk Telecom Stadium, and it was my favourite part of the trip! From the moment we got onto the tram, we spotted crowds of people clad in red and orange stripes. We needed to change trains a couple of times to get there, and the closer we got to the stadium, the more exuberant the crowd got. The chanting and singing reverberated off station walls as we waited for the right train, and we found ourselves swept up in a sea of red.

The game itself was magical, not necessarily the antics on the field, but rather the atmosphere off of it. For the entire duration of the game, the crowd was on their feet, jumping and chanting and cheering. No seat was used, and people from all walks of life cheered and jeered together, embracing their neighbours and berating the referee as one. The fans in the areas behind the goalposts were the most riled up, and took the lead in initiating the cheers throughout. Their energy was infectious, and despite the fact that we didn’t know a word of Turkish, we screamed along in an approximation of the sounds we heard them make. It was ridiculous and inaccurate, but the locals found it amusing and appreciated that we were trying to join in. As the game progressed and the home team made some unforgivable errors, supporters got visibly stressed out, angrily puffing on cigarettes and scowling at each other in dismay. Luckily, the home team emerged victorious and after the final whistle, scores of Galatasaray fans filled up the city’s streets, celebrating into the night.

So if you find yourself in Istanbul on a match day, go and watch a game and experience the magic for yourself! 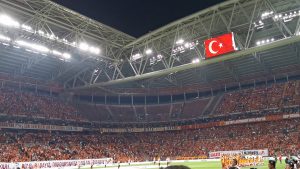 Written by Bibi Ayesha Bismilla, from kaleidescaping.com, a civil engineer by trade, but a traveler by heart.

Pop your email below and hear about the latest website news first. 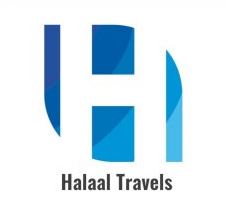 Copyright © 2020 by Halaal Travels. Unauthorised use and/or duplication of the content on this website without express and written permission from Halaal Travels is strictly prohibited.